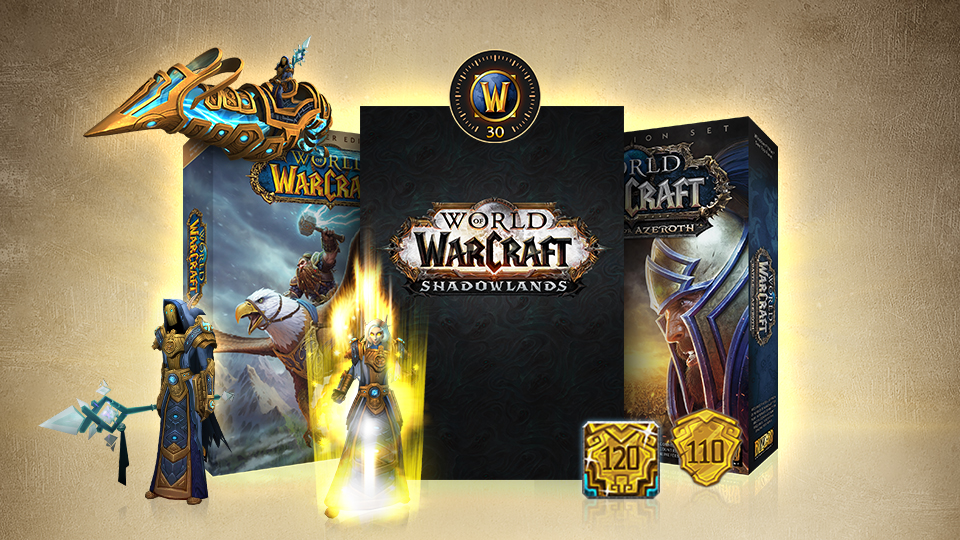 Uploaded: 09.02.2020
Content: text 21 symbols
Loyalty discount! If the total amount of your purchases from the seller gold4u2 more than:
If you want to know your discount rate, please provide your email:

gold4u2 information about the seller and his items
offlineAsk a question

Seller will give you a gift certificate in the amount of for a positive review of the product purchased.

Start the game by receiving:
- pre-order World of Warcraft: Shadowlands
- two character leveling services (up to the 110th and 120th)
- 30 days of playing time
- access to World of Warcraft and WoW Classic
- all add-ons that have already been released at the moment, including Battle for Azeroth
- an enchanted eternal snake (flying vehicle). The flying vehicle also allows you to start a quest chain that opens the transmog set of the Eternal Wayfare´s Clothing
- Early access to the death knight class for allied races and pandaren.

World of Warcraft: Shadowlands expansion will be released no later than December 31, 2020.

This game requires an internet connection, a Blizzard account, and the Blizzard Battle.net app.

Seller will give you a gift certificate in the amount of for a positive review of the product purchased..